Janet Crawford: The Role of Unconscious Bias in Corporate Diversity


In the past year, gender inequality has made headlines. As major technology companies release internal diversity statistics, we’ve learned that women typically occupy fewer than 20% of technical roles. Those numbers plummet moving up the managerial ladder. Just 4.6% of Fortune 500 CEOs are women, and only four countries – Finland, Norway, Sweden and the United Kingdom – average more than 20% female representation on corporate boards. According to the Institute for Women’s Policy Research, at current rates, US women will not achieve pay equity until the year 2058.
Despite these dismal numbers, many people remain outright disinterested in the issue. They support equal opportunity, but don’t see a personal role in helping to solve the problem.
In the industrialized world, women have equal educational opportunities and plenty have broken through the fabled glass ceiling. With legal protections to prevent discrimination, business is seen as a meritocracy in which the most talented, educated and hardworking person gets the promotion. Perhaps women, the argument goes, just aren’t as interested in technology careers or making life choices that ultimately result in promotion to top leadership.
At the center of this view is a critically flawed assumption: people act on rational, conscious and values-driven criteria. By contrast, modern neuroscience shows that most decisions are influenced by crude shortcuts that exist outside our conscious awareness. As we move through our day, our brains are constantly scanning the environment for repeating patterns. The information we are exposed to in the external world becomes our internal template for ‘normal’. And these templates, which show up as biases, can have far-reaching consequences, affecting which career we choose, who we hire and promote, and our sense of self-worth and confidence.
The most damaging source of inequality involves no conscious intent to hinder female success. All of us, male and female, are unconsciously gender biased. And these biases lead well-meaning men and women to act in ways that preserve the status quo without knowing they are doing so.
How do we acquire these biases? We are immersed in a society that equates masculine characteristics with leadership and that represents women in supporting roles or not at all. In 2014, only 12% of lead roles in movies were female. The Geena Davis Institute analyzed the 21 G-rated films produced between 2006 and 2009, finding that men were four times more likely to be portrayed as working professionals. Significantly, no women were shown in law, medicine, politics or executive leadership. To contrast this with reality, women in the US represent 40% of primary wage earners and earn nearly 60% of college degrees.
Next time you attend a conference, pay attention to who’s on stage. It’s common for to women comprise 25% or fewer of speakers. The gender ratio at the registration desk likely tells a different story. In stock photography, men are disproportionately represented in the active role. Note-takers are usually female. The easiest way to see the phenomenon is to Google a profession – politician, computer scientist, executive, nurse, caregiver, assistant – and add the word “image” to the search. The results are illuminating.
How does what we see affect our brains? Over 16 million people have taken a measure of unconscious bias called the Implicit Association Test. In the case of gender, the test asks participants to perform tasks involving rapid association of select words with the image of either a man or a woman. Both male and female subjects have an easier time associating male images with words like “executive” and “president,” while female images are easier to pair with “assistant” and “secretary.” In other words, our unconscious templates say men are the leaders and women, the helpers.
Extensive academic research demonstrates that these associations have a pronounced real life effect on our automatic calculations of competence and who belongs where. A New York University study found that mothers underestimate the crawling ability of girl infants while overestimating that of boys. A study conducted through the University of Tel-Aviv found that teachers graded identical math tests differently depending on the gender of the test taker, with girls receiving less credit for partial answers and work shown.
Numerous academic studies have found gross disparities in the evaluation of identical resumes, depending on whether they bear a male or female name. In professional settings, women are more likely to be interrupted and to have their ideas attributed to someone else.
Sadly, this competence bias affects women’s assessment of their own capabilities. Women tend to attribute their success to luck, while men credit their expertise and hard work. When you don’t believe in your own competence, you’re unlikely to “lean in” when the opportunity for promotion arises.
Even very small amounts of bias result in dramatic differences in the number of women reaching the top. Until bias is made visible, it trumps conscious values. What might at first glance appear to be an even playing field is anything but that.
So what can we do?
Build awareness through observing your environment
Use your positional and consumer power to change how women are represented
Examine your company culture
These are only a few possibilities. Ending gender inequity is a challenge that involves us all. We may not be to blame for the problem, but we are all responsible for the solution.
Janet Crawford is Founder of Cascadance, a San Francisco firm that combines insights from neuroscience and experimental psychology to help leaders build productive, innovative and collaborative corporate cultures. She writes and speaks on addressing hidden barriers to gender equity and is co-author of “Leadership Embodiment: How the Way We Sit and Stand Can Change the Way We Think and Speak”.

Read the original article from The Guardian here:
http://www.theguardian.com/the-b-team-partner-zone/2015/may/01/gender-gap-sexism-business-fortune-500-geena-davis-institute-implicit-association-test
Posted by Global Learning, Group of Companies at 11:30 AM 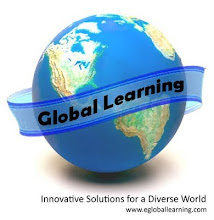